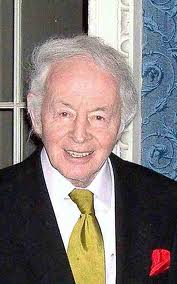 I have read your Ulysses Uncovered. I think it fills a gap.

None of the other attempts to make Joyce’s complicated work understandable have taken your approach which is to take the reader through the pages of the book and explain, as well as the classical references, the local ones too. There are a good number of aids to Joyce’s Ulysses but I think this is the one that I so far find easiest to bring the reader close to what Joyce has
done.

Ulick O’Connor was born in Rathgar in Dublin city in 1928 He attended St. Mary's College, Rathmines and later University College Dublin. There he studied law and philosophy. While a student he was, like James Joyce before him, an active member of the Literary and Historical Society. He was a well-known intellectual figure in contemporary Irish affairs His best known writing is his biographies of Oliver St. John Gogarty (1964) and Brendan Behan (1970). These works have stayed in print since they were first published. He has written several works of criticism and history including A Terrible Beauty Is Born  (1975), A History of Ireland from 1912 to 1922  (since published under different names); Celtic Dawn (1984), on the Irish History Renaissance; and Biographers and the Art of Biography, 1991. Irish Tales and Sagas was published in 1981, with illustrations by the noted artist Pauline Bewick. His diaries were published in 2000, In 1985 he received the Irish-American Institute's Literary Award.

Matt Harris, the Fenian Land Leaguer and MP in the House of Commons for Galway East was Ulick O'Connor's great-grandfather.
=============================
The London Book Festival has selected Ulysses Uncovered for Honourable Mention
in its 2013 Awards. The winning and selected books are chosen because of the
author’s passion for telling a good story and not unimportantly because of the
potential of the work to gain a wider audience in the worldwide market.